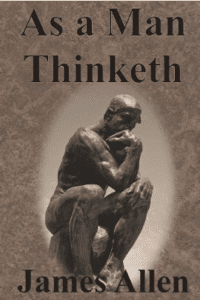 I have a new year’s resolution idea for you to consider, and it has nothing to do with weight loss or New Year’s diet plans. In the coming months, I challenge you to change your belief system. My clients have heard me talking about belief systems for over four years now.  I’ve been teaching them that belief systems are the root cause of all consequences (good or bad) in our lives. Sidenote: my favorite book that zeros in on this issue is “As a Man Thinketh” by James Allen. Recently, I had the biggest “AHA moment” pertaining to this particular subject. That’s what I want to share with you this month.

Let’s start with the lotto. Did everyone buy a lottery ticket to that billion-dollar drawing in October?? I did! In fact, I bought ten tickets, just in case.  You know what buying that ticket gave to me? It gave me the smallest, microscopic sliver of hope a person could imagine– but even though the chances were 1 in 302,000,000 that I would win, there was still a chance.  That tiny itsy-bitsy slice of hope allowed me to sit and ponder what I would do with that amount of money.

For years now, I have attended self-help seminars and I’ve always hated it when the speaker would inevitably ask, “where do you want to be in 1 year, 5 years, 10 years?”  UGH! I don’t know! In fact, I don’t know where I want to be next week, because life changes all the time. So why should I bother putting all of this effort into thinking about where I want to be when there is a really big chance that it won’t happen?  That is such an inefficient way of spending my time! I mean really! If you can’t tell by the amount of exclamations I just used, this particular topic really annoys me.

To be honest, it’s not just about the time, it’s also about the fact that I have no big dreams, no bucket list, no dream vacation, no desire to travel or own fancy cars. My life goals are less lofty, and don’t usually fit with the answers that other people give at self-help seminars. I want my family to stay healthy, I want my business to continue growing, I want to keep helping people, and I want to live stress free (that one might be a tall order, but I’ll give it a whirl). So, when I am asked what do you want in life, I don’t really have a big ticket item to plan for. I’m lucky, I know. But hear me out.

Back to the lottery.  I bought those tickets five days in advance.  And then I began to think about that money…A LOT! “ OMG, what would I do with that kind of money?”  Ideas swirled around my head for days, like homes for my children and parents, but then even more exciting was one that is STILL here–a retreat center for veterans. It was something I was passionate about, and something that had been on my mind in different forms for years. With that kind of money, I could help veterans get their lives back. That’s it!  All of the sudden I had a BIG DREAM! I had a 10-year plan! In fact, I had a 20-year plan! I was psyched!! It was going to take a ton of money, time, and effort but I didn’t care. That’s what I wanted, and as a millionaire, I was going to make it happen.

Spoiler alert! I did not win that lottery drawing. But what I did do was create affirmations and begin to manifest a beautiful dream. Without the big chunk of cash, I began to do what any frugal person would do, start prioritizing and cutting things out that aren’t really needed, but I have to say, NOTHING I wanted for the veteran’s center was cut out, I still want the ropes course, zip line, and arcade!  I am still so excited every time I think about this. So much so, that two weeks later, I built a vision board which is now sitting in my office. I look at it daily and feel a wave of energy and enthusiasm wash over me. But this same weekend, the enthusiasm suddenly disappeared.

This past Sunday, after my meditation and quiet time, I had this overwhelming feeling that my new dream would never happen. Was I being ridiculous? How would I even begin to do something like that? Where would I find the time and money? Very quickly my mind started to descend into all the reasons why this BIG dream was not possible. Negativity was taking hold of the idea and threatening to poo-poo it out of existence. When I came downstairs, \ Brian could \ see that I was not in a good place.  I told him that I shouldn’t have put all that time and effort into something that was so out of reach and impossible.

He just smiled and said if someone told you six years ago you would have your own business with 13 employees by 2018 you would have thought the same thing. Mic dropped. No, I wouldn’t have believed it.

When you look back on your life, what is one accomplishment that your younger self would be shocked and amazed by? For me it was this business. Brian’s truth bomb really made me think.  Why, after a period of such energy and excitement, did I automatically put myself down like that? If I did it once before, couldn’t I do it again? Who was going to stop me, other than myself?

I taught myself that happy endings are not real. Even if you think you finally got one, don’t worry, it will be ripped out of your hands sooner or later! Have you ever thought like this? It’s a difficult way to approach your career, your diet, and your life in general. Even when good things happen, you focus on the negative and allow creeping self-doubt to thwart your plans.

So, what happened when I was upstairs? My heart and my mind had a fight. My heart was longing for excitement and adventure, but my mind was saying “do not go there, it never ends up well.”  My heart was starting to tip the scale, thinking about all the good things I’ve accomplished, while my mind was building false scenarios of failure and disappointment, trying to scare my heart away.

That’s when I, the person in charge, became a judge. I looked at the facts. All of those terrible things, I was remembering and exaggerating in my head. They never happened to me. And the things that did happen to other people? They didn’t define their life. They didn’t make the efforts less valiant. The belief system I had in place was based on fear and anxiety. Even though I have been making great things happen in my life for the last six years, I was also sending out mixed messages to the universe.  I was planting good seeds in my life garden but also planting negative ones without even knowing it.

We all have the ability to change the seeds we plant in our garden.  We are not victims of circumstances, we are not slaves to our anxiety. We are capable of opening ourselves up to new possibilities and letting our heart’s desires have a say in our decisions.

This is all to say, belief systems can change. What are yours?

Look at your patterns, look at your responses to stress, food, people.  What keeps coming up in your life? These things will shine a light on your current restrictive belief systems.  When you see you have a false or negative belief system, notice it, think about it, and try your best to change it! Because identifying it is the hardest part. The rest is within your power.

When I thought about winning the lottery, I gave myself permission to leave my restrictive belief system and let in a dream that I never even knew I had. Now, when I go to a self-help seminar, I’ll be the first one with my hand raised. I am slowly changing my negative belief system to reflect possibility, not anxiety and negativity.

I have NEW affirmations now.  I have NEW intentions now. I have a NEW belief system to install now.  I intend to have an amazing fairy tale ending exactly the way I dreamed it up. I vow to open myself up to new dreams and to keep tending my life garden with the best seeds available.

If you’re looking for a new year’s resolution that will have a lasting impact on your like–resolve to change your belief systems. 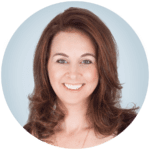